Jeans for Genes Day – Friday, 20th September 2019 – Thank you to everyone who support Jeans for Genes, we have raised the fantastic sum of £210. 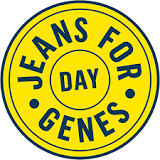 Deaf Awareness Assembly – On Monday we were delighted to welcome Sasha, who is a Community Fundraiser for the Royal Association for the Deaf, to our school.  She presented a special assembly to the children as part of Royal Deaf Week.  At the start of the assembly the children met Sasha who talked about where she works, which is the RAD.  We were talking about how deaf people help themselves to communicate.  We looked at what hearing aids are and what they look like and then we looked at sign language and the alphabet.  It was fun because we spelt out school and animal.  We learnt a lot.  Our favourite sign was ‘fish’!

Year 6 Meet the Police! - On Thursday this week  Year 6 had a very enjoyable visit from a police officer named Dan. He is a superintendent with the London Metropolitan police. He told us all about his job, how he started his career and what his role is now. He also told us what equipment is used at a crime scene and why. This was really interesting. Dan also told us all about the different types of fingerprints and we used police equipment to find ours! We all really enjoyed his visit! 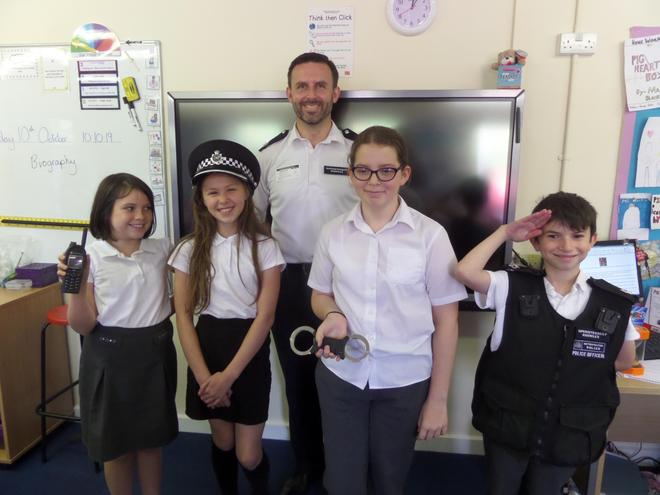 School Council - The photograph below shows the new School Council for 2019-20.  We had a democratic election, with all the classes in KS2 voting for council members for all classes in the school.  We have elected positions such as: Chairperson – Kayleigh, Secretary – Mya and Treasurer – Penny.  We are very proud about being members of the School Council and we have lots of ideas for school projects over the year.

The first project we are involved in is the Clean Air Monitoring Project.  The school is taking part in this project to monitor the quality of the air in the school grounds.  Two tube-holders have been placed in outdoor areas of the school, one near the road and the other near the field.  In November we will be sent the first tubes to place in the holders.  After that, each month we will send the tubes to the laboratory for testing and put a new set of tubes in the holders.

It’s exciting being part of the project and we will let you know more soon. 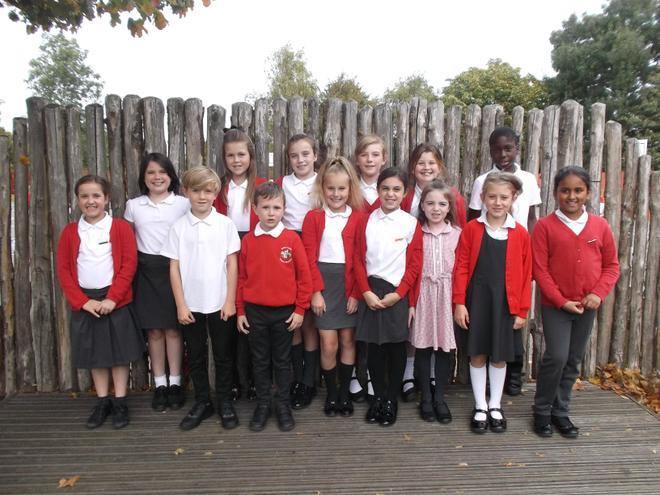 Year 6 Cushions - As part of our topic, Year 6 have designed cushions that are all about us. First, we completed a few designs and then chose the best one. We cut out different materials and attached them on for decoration. The next step was to sew the backs of our cushions together and leave a gap, so we could stuff them! Most children changed their design, as what they originally designed in their sketch books might have been too difficult to sew. After we had stuffed the cushion, we closed up the gap. Although it was tricky, we learnt new skills and we still managed to complete our cushions. We are really proud of what we made and it was great fun! 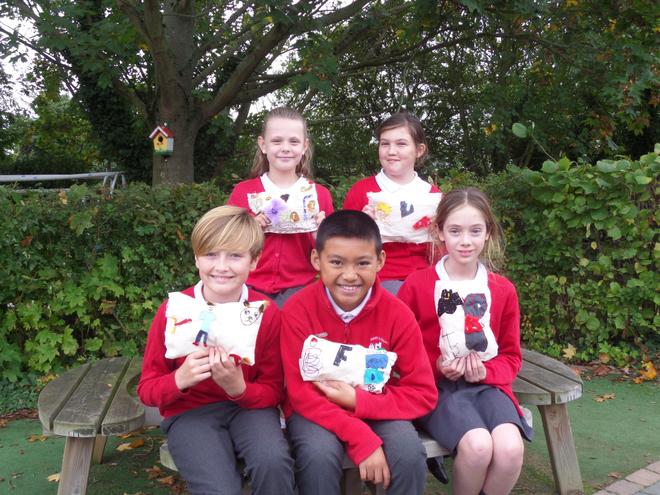 MYG Hockey - The last Tuesday before half term was our chance to go and play in the first Mini Youth Games event of the series this year. It was the hockey and, as usual, was held on the international-class pitches at Holcombe Hockey Club.  We went with a relatively inexperienced team this year with only two year six pupils and even a couple of year fours. This was very much intended to be a development year with our thoughts and plans leading towards building for next year. Our players had other ideas about that though, and amazed everyone with how they took to competitive hockey, winning their first game 4-0! Later in the day we played some really tough teams and stood up to them extremely well. We lost to both the overall 1st and 2nd-placed teams but made them work really hard for their wins. 2 games were hard fought draws and all the rest were wins.I am so proud of how this team developed and learned through the day and the fact that such a young team managed a magnificent 7th place out of 46 schools. A well deserved Night of Champions place now beckons later in the year.