Y1 Alien Day – On Tuesday, 11th February, Year 1 had an alien day.  It started with a letter from an alien asking them to teach him and his friends how to dance like an astronaut and what food astronauts eat.  The children were very enthusiastic when showing their dance that they had been practising over the last term.  They moved like rockets, shooting stars, astronauts and aliens.  They were very excited to try some food that ‘NASA’ had sent including constellation cookies, meteor mango, astronaut grub, Neptune ‘narnas and super speedy noodles.

In the afternoon they had another letter from the aliens explaining that they had been watching the children and they were so impressed that they had left some fun activities for the children to complete.  They made alien masks, made aliens from special alien playdoh, and made their very own flying saucer.  The aliens had even hidden around the room and each child was able to find one and take it home.

The children really loved the day and were really engaged with all of the activities.

‘I liked the food because it is the best thing ever.’ – Ashton 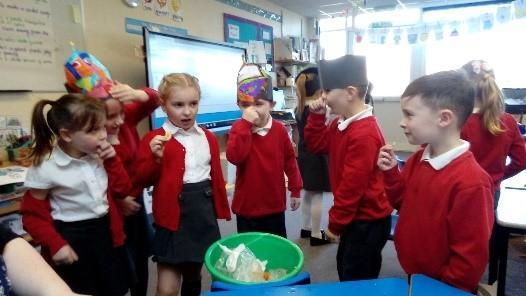 Y1/2 Gymnastics Competition – On Thursday, 6th February 16 Year 1 and 2 children visited the Greenacre Academy in Chatham to participate in the Kent School Games Gymnastics Competition.  There were 20 other infant teams competing on the day and the children were a real credit to the school.  They all tried very hard completing their vault along a bench, their forward rolls and teddy bear rolls and many other movements within the rest of their two routines that they were asked to perform.  We are so proud of all of the children who competed and we were able to see the presentation at the end of the competition and Miers Court came 18th, 11th, 10th and 5th place which is fantastic!  Thank you so much to all of the parents and adults who brought the children to the competition, without you we would not have been able to attend.  Special thanks to Mrs Ridley who coached the children through their routines and gave them the confidence to perform on their own. 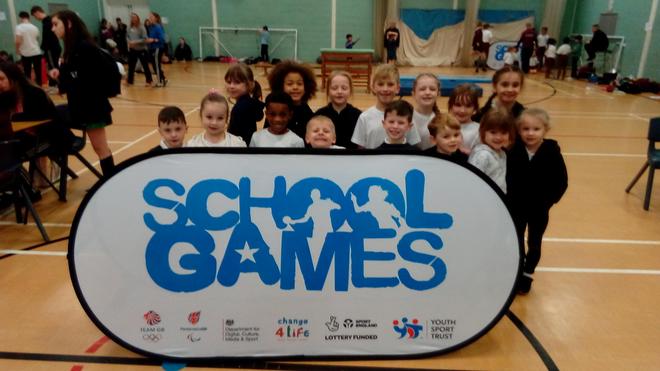 Here are some photos of our Christmas Nativity, The Bossy Christmas Fairy. We are very proud of all of the children who put on an amazing show singing, dancing and reading their lines beautifully! We hoped you enjoyed it as much as we did!

This term Year 1 read the book We're Going on a Bear Hunt. We got to experience a real bear hunt within our Adventure Playground and went through all of the same settings that the family travelled through on their journey to find a bear. As you can see we had lots and lots of fun!

This term Year 1 have been learning about woodlands through their Wild wood topic! They have been learning about the creatures that may live in a wood. They went on a woodland walk and collected lots of leaf litter. Using these items they were able to create a Leafman (based on the Leafman story they shared) and a Tree Boggart (a mystical being that is cheeky and naughty).